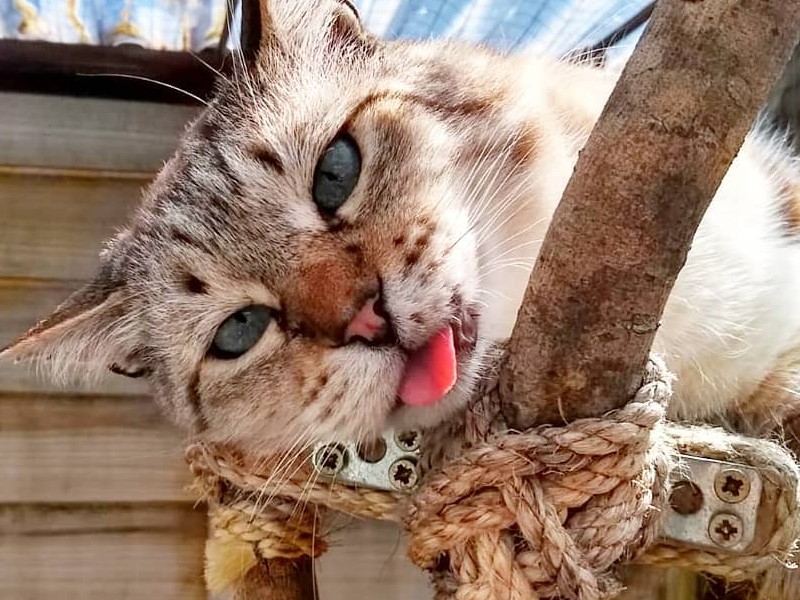 Costi, rescued from Romania, adopted in the UK.

Costi was found wandering the streets; nobody knows how he ended up homeless but nobody was looking for him. Our volunteers offered him shelter until he got adopted by a great, loving family who cares for him so well!

“I love him so much and so does my boyfriend, he cuddles between us on the sofa. We’re just so pleased to have him!” – Cassandra Nillson

They built him an enclosed space in the garden where he can sunbathe and relax as much as he likes! It’s the best life for a FIV+ cat!

Are you looking to adopt the perfect companion? Please get in contact and we can discuss further!